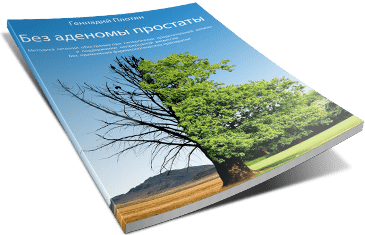 Since my childhood I’ve been brought up according to the rule: only a doctor can treat people. It’s OK to think like that, especially if you have a good health, when there’s no need to go to hospital. But then you reach maturity and your body starts glitching. Here you can’t go without a clinic.

Mankind’s brilliant achievement is diagnosing. The illness is discovered on the early stage and, no doubt, it’s easier to overcome it. We’re inexhaustibly grateful to those people who have dedicated themselves to this section of medicine. Their labour of love prolongs millions of people’s lives.

– Good afternoon, doctor! I’ve come to you with the test results. Have a look, please!

– Well…… You have a prostatic hypertrophy. Kind of early, but nowadays it’s not a rarity. Here’s the prescription, please, take the medicine and do everything strictly. In two-four weeks I’ll be waiting for you to come…

– Really?! Anything may happen. All right, let’s change the prescription.

The same period of time has passed.

– Hello, again. Nothing has changed.

– You don’t say that. You can’t see the changes that have happened on a cellular level. Do the tests again.

– I’m sorry but this is a great loss of money again. I have no windfall money.

– That’s what we have. To be honest, medicine is not always strong.

The author and, probably, other men with prostate hypertrophy have had such a trite dialogue. Actually, I may be mistaken. There is a group of people who don’t come back to the doctor after their first unsuccessful attempt… 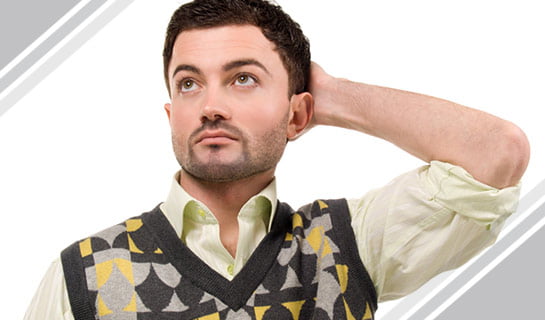 There is an illness, let’s quickly prescribe a medicine for it. There also will be countries where one can sell it with impunity. In such a way one thinks about a huge pharmaceutical company. And the drugs that will never help anyone are produced. Having passed all the licencing procedures at the official who has learned how to be puffed up, to express a very important look on the face, who exists, mainly, to be paid, an imaginary medicine gets on the counter of the pharmacy. And the pharmacy’s owner sells it, because this is his business. A doctor writes a prescription proceeding from the assortment and… the commercial. The chain encloses on the patent.

In a relatively civilized society with humane principles and laws an absolutely absurd situation has formed. Somebody legally sells pharmacological drugs but is not responsible for the results. And the society is turned into zombies by this irresponsibility. The sick goes to the pharmacy, he does not know any other solution of his problem, he buys a medicine, receives a vain treatment but is always psychologically ready to make a helpless gesture and say: “Well, it didn’t help, but it happens”. The so called “manufacturers” rub their hands and count a huge profit. The person starts to have a wish to accept the side effects of the ageing process and take every next illness for granted.

Communication with the doctors has temporarily stopped.

Here all possible “double-dyed’ shady dealers of every stripe come on the scene unless they are forbidden. You can read in these monsters’ faces that in the past they successfully mastered different professions: one became a trimblerigger, another – a flimflammer. They haven’t lifted anything heavier than a pack of banknotes in their lives. The present-day reality and impunity brought them to a very profitable idea of becoming pseudo-doctors. The psychology of their work is simple: using television, communications, the Internet, the press, radio and personal contact, their aim is to intimidate a person as much as possible by saying that the illness is very complicated and dangerous, and terrible consequences are waiting for the sick, but there is the way out. It’s their potion. It’s not called a medicine, because one needs to pay good money for the registration, but it will almost immediately cure the prostate hypertrophy. The remedy is worked out by some unknown scientists, in the country where there is no science; it died over there long ago and will never revive again. These swindlers will diagnose you over the phone and say without fail that you can’t miss a single minute, you need to immediately not get treatment, but pay, and as soon as possible. This sobers up a little bit…

Much more comes later: searching and visiting psychics; healers who live, as a rule, somewhere far away; buying uniquely advertised remedy made, at the first sight, by a serious manufacturer, the effect of the above mentioned is directed to the prevention and treatment of prostate hypertrophy…

Like it is known, the absence of a result is also a result.

Here starts the search of a doctor again. One needs to apply to the most experienced doctor. One needs to find the best one in the city, may be he will help… Interchange of attempts: traditional medicine, self-treatment (somebody said it helped to someone). There are some very strong drugs that facilitate this increasing discomfort. But you get sick even because of their name. What phase of impotence do they cause, what kind of side effect do they have? All the attempts fail. I’m so sick of this aching pain and all the possible side effects. The restroom has turned into the most unpleasant place. Visiting it is depressing. What comes next? Just to wait humbly for the surgical intervention. After the surgery there may be infertility, so what…the age is not the same. There is a high probability of impotence. It is disturbing, it’s too early. Surgeons don’t say about the most important thing: operation may not stop the growth of a benign prostate adenoma. There is also a probability of fatal outcomes. It frightens… There is, in fact, an alternative to start a healthy way of life, but I don’t have any knowledge about it. 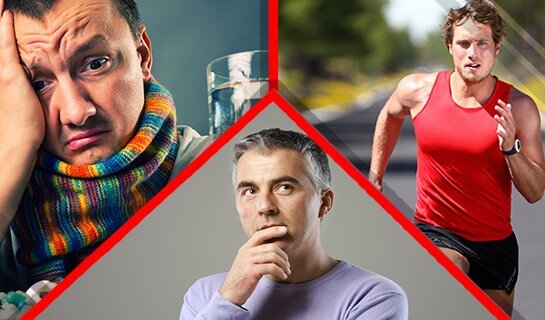 Stop! I can’t say truth to myself. This is the voice of my laziness. This is the laziness that brings me to the hospital or to the TV screen in search of such a decision that will require a minimum of energy. You have taken the pill and you’re healthy. This will not work with prostatic hypertrophy, I got added evidence in this matter. Laziness will slowly bring me to irreversible consequences and, perhaps, even destroy.

One can never, not in a single body, overcome this vice. One can only weaken or strengthen its influence. There is no knowledge but I will be searching, I have life experience, I will carefully try something and will by all means learn how to listen to my body, analyze the past day, week, month. This is important.

But first, you should overcome the depression, stop being angry at doctors and the whole world. It’s necessary to calm down. Diseases don’t exist beyond stress. Eventually, it’s my own fault that I’m ill with the hateful prostatic hypertrophy.

At the beginning of fighting against the illness on the scales of comparison there is my laziness and complete ignorance on one of the scale pans and fear for the future aftereffects and hopelessness on the other. What an interesting counterbalance! Everything is, of course, not in my favour.

Subsequently, the brain is tortured by dozens of questions: how? why?

How to overcome the disease? Why didn’t the medicine help? Why do I feel worse after the sedentary day-off? One should think of the special exercises directed to warming up the basin. What kind of exercises? Why do I feel the improvement after moderate physical exercises combined with the relaxation and in no other way? How to change the way of life?

The first two weeks of exercises give only worsening. May be, I’m doing something wrong. One should not only cultivate his abilities but also think.

The second month comes. Optimism and a little bit of knowledge join the fear. It’s not becoming worse. Yesterday I felt well, today there is only disappointment. And again you need to fight with the depression. The third month of search. How bad I didn’t want to change the rules of having meals. Whatever is needed, but not to change the diet which I hade become used to for long ago. Yes, I tried for a long time to avoid this. It seems that I will not get rid of food mirages and life will turn into torture. But unhealthy feelings that accompany prostatic hypertrophy have stored in memory and you have no choice. A small period of time has passed and it turns out that all the changes are absolutely painless. After supper there appears an overwhelming desire to fall on a sofa with a newspaper and bury yourself in a TV. There is such a temptation. This is the voice of laziness again. But you need to be busy. There appeared good results. The symptoms of the disease are disappearing. And life is not so dull as it seemed during the past years. And the horizon of the old age can be postponed. Only a desire is needed.

The fourth month of struggling for health. Some day when talking to me the urologist said that visiting bathroom one time for the night is normal at my age. I achieved such a result. Yes, and now I jeer at the illness in the way I want. It became infirm and sick in front of me, no scales of comparison are needed. I’ve beheaded it and I will tear it with no doubt. My knowledge, experience, trained body humiliates it. Nothing will ever stop me.

The most expensive purchase for the improvement of the quality of curing became a steam cooker. But the whole family liked it. Actually, one can go without such a purchase if he wants.

Probably, I’m naive. In my native land during the last couple of decades one could rarely hear the propaganda of the well-known statesmen, just authoritative people for the benefit of the correct, healthy way of life. A healthy nation is, first of all, a clever nation. Such a fact causes a great concern in many authoritative men.

The fifth month. The body strictly obeys the mind’s will. I have no symptoms of the disease called a prostatic hypertrophy. I don’t wake up at night for visiting bathroom. The last time it happened was four years ago. If in modern medicine this condition is called remission, let it be like that. But without a healthy way of life the remission didn’t occur. These were the peculiarities of my prostatic hypertrophy. You want to sing loudly and beautifully. It’s happiness, sorry for being somewhat rough, not to feel your urinary bladder. I worked my own miracle and I have the right to enjoy it.

Nearly half a year has passed. One can feel such a joy for the full value of his health. And those rules I live on don’t bother me at all. 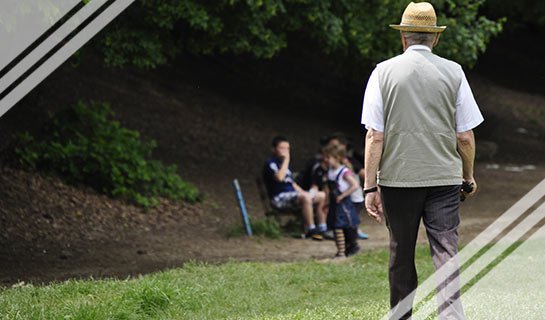 …Night is falling. It’s raining outside the window. The TV works quietly. Lies are heard during the advertising spot. It is changed into a popular talk-show, where almost the same people are clarifying how to start living without doing anything, and where to look for justice that doesn’t exist. The participants of the show play the roles of the fighters for law-and-order. One shouldn’t forget that all this is just show and in the end the actor’s masks will be pulled off immediately. We co-exist in such a time that becoming suddenly deaf-and-dumb wouldn’t make me regret at my age, I would be healthier. Everything is somewhere by somebody said and heard. You get to know good things less, bad things happen more frequent.

Such philosophy is, actually, not interesting to me any more. Where is my favourite and comfortable windcheater? I’d better go for a walk. Now I like all kinds of weather…

In the section of this website https://adenomaprostate.com/en/articles/7. You can study the method of treatment of benign prostatic hyperplasia (BPH).