BPH – the Physiology of Breath and no Heresy

Motion and standstill, hardness and softness, light and darkness, relaxation and tension, and finally inspiration and expiration: in such a form the Universe reminds us that the essence of existence is in balanced interaction of opposites.

No effort in health-improvement will bring results without rational understanding and without correct breathing. Erythrocytes transfer absorbed oxygen to all parts of the body. Oxygen reaches cells and becomes the main participant of oxidation reactions. Without such interactions life would be impossible.

Breathing is thoroughly covered in “Living without BPH” method (https://adenomaprostate.com/en/articles/7). In this article I explain its peculiarities taking into account individual characteristics and give some basic rules following which you will be able to avoid some significant mistakes.

Firstly the main point. Breathing process should never cause discomfort, feeling unwell or apathy, especially if you change something in it. When you make any changes in breathing, it is wise to maintain self-control. You should thoroughly analyze your condition, i.e. quality and duration of sleep, tolerance to physical activity, and general tone. Measure your heart rate in various situations, arterial pressure, and body temperature. Record any changes in appetite and amount of consumed fluid. 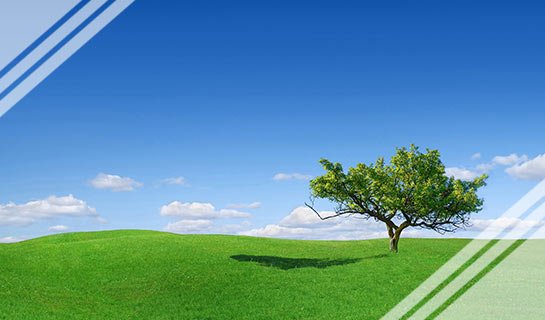 The air you breathe is a mix of gases that includes on average 20,9476 % of oxygen. Despite any theories as to harmful effect of such composition of air (there are a lot of “smart” people), this composition is perfect for treatment process, because it was created for us to ensure our vital activity. I conducted a simple experiment once: I lit a small candle in a confined space to consume oxygen faster and began breathing deeply, slowly, and smoothly. Then I measure my body temperature. In couple of minutes the temperature of my body increased by 0,4 degrees above normal temperature. Breathing air with excess carbon dioxide caused a sense of discomfort, even some inexplicable anxiety. A little later my brain asked me to stop the experiment and never to repeat it again. Since then I learned one of the most important rules of harmless lifestyle: ambient air should be as fresh as possible (i.e. with the same optimum composition) not to mention during physical activity when we consume much more of it. Even when we perform simple exercises in a large room our body produces carbon dioxide decreasing the percentage of oxygen in ambient air. Open vent will not ensure effective replenishment of oxygen. Draft is dangerous. You may exercise with open window or balcony door. However, outdoor exercise in fresh and pure air in the best way to achieve best results. For this reason I am skeptical about health-improving exercises in sports club or gym. Nobody ensures full ventilation there. Owners of such facilities try to attract customers not for your benefit, but to make money. Taking aforementioned into account, I recommend to exercise outdoors whenever possible (in park, forest, on a river bank, by a sea as far from pollution and dust as possible).

It is not easy to learn secrets of optimum treatment. A great amount of false information, which ignorant people are spreading around (intentionally and unintentionally), is one of the most serious obstacles on the path to truth. Modern science has accumulated and studied knowledge about breathing process, so we know almost everything about it. That is why if somebody offers you any “knowhow”, at least you should not take his words for granted. Nobody has ever developed rules which are better than God’s rules (and nobody will). Namely: do not use any devices for breathing (pipes, cans with water, so-called breathing machines and other trash people try to impose or invent (they will always “invent” something!). Such devices bring no benefit at all. If your desire to try such things is overwhelming, study corresponding section of an encyclopedia and then look at yourself from the outside (for example, at you breathing through a glass cup). Maybe, this will bring you down to earth. There shouldn’t be any intermediary devices between your lungs and fresh air.

Breathing combines well with relaxation, but the greatest health-improving effect comes when your blood is “fast”, i.e. when blood circulation is intensified. For this reason there is no better procedure than rational physical activity. Under no circumstances should you save air during physical activity (brisk walking, running, swimming).

It is widely believed that diaphragmal breathing is not recommended for people with hypertension. I would like to disprove this opinion (the following was confirmed in practice more than once by means of monitoring of values using blood pressure gauge). Process of high-amplitude breathing intensifies peristalsis, i.e. wave-like contraction of all internal organs, including blood vessels. When we fill and empty our lungs in turn, compression and expansion logically cause a change of arterial pressure. Deep inspiration and subsequent pause decrease the pressure to the minimum possible value. Expiration and a pause after it increase it (that’s right!). The longer the pause after expiration, the greater the value. Thus if you have hypertension, do not make long pauses after expiration. Couple of seconds is enough. Excessive effort causes harmful spasms.